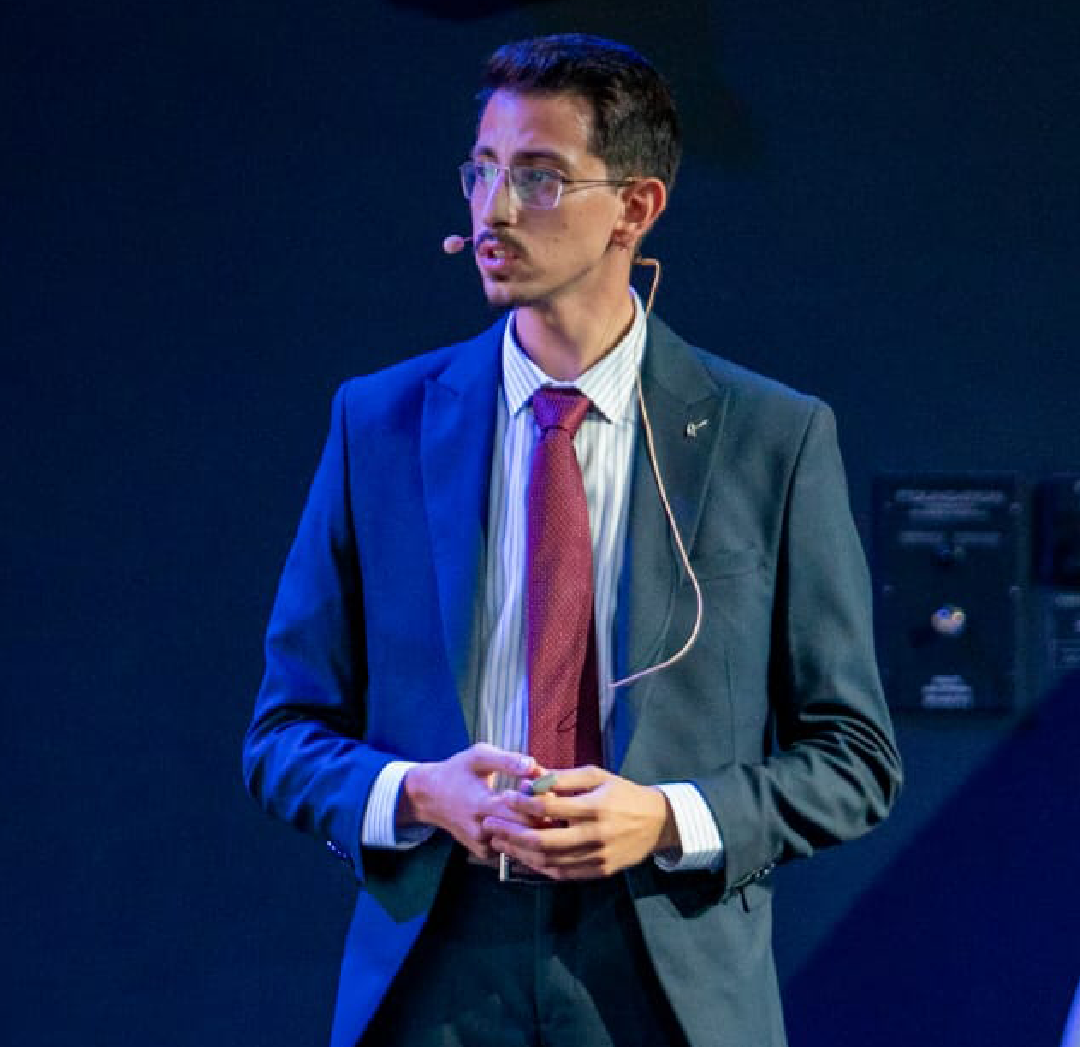 “I have always been able to identify the pains and problems that other people are experiencing, and I have always felt compelled to provide them with the solutions they need.”

Those are the words of Bashir Saifi, one of Orange Corners Incubation Programme alumni – Powered by Flow Accelerator – and the founder of JobifyGlobal – a platform that provides high-quality training data to support machine learning and artiﬁcial intelligence.

Bashir’s entrepreneurial spirit sparked from a young age. He started his first business when he was still in the sixth grade, selling hats and trendy items to his classmates after school.

“I feel like that people desire what they can’t have. I remember asking myself why don’t I have access to this or that? Especially back in the day when the Palestinian market was so limited and HipHop apparel where super trendy. I realized that other people thought the same way too!”

Bashir took it upon himself to provide his friends and school mates with what they wanted and scoured the market to find distributers for those hats. Being just a kid at that time, shop owners didn’t take him seriously, but with his determination and support from his family, Bashir was already making deal with importing companies and even selling pieces before they even reach the country.

Surrounded by his classmates who all knew exactly what they wanted to be when they grow up, young Bashir felt lost not being able to find his passion, yet his fascination with the human body; How the human brain works, how babies turn experiences into information, and chemicals in the human body create feelings, drove to apply for med school from which he then shifted to Biomedical Engineering.

While studying in Germany, Bashir was working on the side in data annotation and labeling. This job made him recognize that he can work in tech, without having the technical background and that an opportunity like this is great for students like him in need for a part-time job to generate extra cash.

“You Don’t have to always know what you want; you have to try and experience what you like, and you don’t have to find your passion right away”

In search for his passion, Bashir landed himself a position in a cleantech Dutch startup specialized in eco-friendly industrial batteries – AquaBattery. Before working there, Bashir was yet to understand the startup world. His idea about business was traditional and fast paced. He could never imagine that some people work five to six years to even start generating revenue.

His experience in AquaBattery made him realize that to innovate and build an impactful business, you need to research and work for years, you need to experiment and understand what works and what doesn’t.

“I was born that way. Maybe it’s family influence, but as long as I can remember, I always had a business mindset”

Though his job at AquaBattery was promising, Bashir’s thoughts returned to his time working in data labeling in Germany, and the idea of providing a convenient work experience for students and stay-at-home mothers never left his mind. Bashir had an idea for a service-based crowdsourcing platform that offers higher-than-average rates to Palestinians, and after three years of thinking about it, Bashir decided to take action. He began sending emails, and once he received the first response, he emailed AquaBattery, booked his flight home, and was back in Palestine the next day.

Just like that, the journey to build JobifyGlobal began. Bashir worked day and night; researching, creating a crowd on social media, and personally explaining to people how they can make money working from home through JobifyGlobal and convincing them how it’s legit.

Right before COVID hit, Bashir got his first office, then two days after a lockdown was ruled, but that didn’t stop Bashir from thriving to build his dream. At first Bashir tried to work on everything, from seeking and taking care of the crowd and clients, to checking the data sets, and sending emails, and when things started getting back to normal, he proceeded with the hiring process.

“I believe that if I had entered an incubation program before the time I did, I would have saved a lot of time, effort and money trying to figure out everything on my own”

Bashir had a huge vision for Jobify to become the biggest service-based crowdsourcing platform, but as he realized a bigger need from the client side, a need for technology, his vision shifted to another path.

By 2020 JobifyGlobal was already revenue generating and Bashir didn’t realize a need for support for startup enablers until technology and AI – Artificial Intelligence became a huge part of his startup’s vision. Bashir searched everywhere for an incubation opportunity and was able to join the IPSD Ignite Program during the beginning of 2021.

His participation in that program opened his eyes to everything startup related. The Ignite Program was his introduction to all the terms used in the startup and business world and his first experience of building well-structured business model, financial model, pitch deck, and learning about legalities for registration.

After graduating from the Ignite Program, Bashir immediately started seeking further mentorship opportunities, and one of his employees stumbled upon a post on social media announcing Orange Corners Incubation Program and they decided to shoot their shot.

A new door of knowledge, opportunities, and connections was opened for JobifyGlobal being part of the Orange Corners incubation Program. The wide range of expertise provided, and the high level of mentorship has expanded Bashir’s knowledge. “I believe that Orange Corners has changed my mindset on so many levels, even on a personal level, the way I think about things, marketing, UIUX….” Besides the training and coaching, being part of a new community of entrepreneurs has affected Bashir and JobifyGlobal on a personal and professional level. Networking with likeminded entrepreneurs and learning about their solutions made Bashir want to help those startups elevate their solutions through JobifyGlobal’s services.

Bashir’s dreams never stop, and his vision for JobifyGlobal is to become the market leaders for providing training data for AI companies keeps growing.