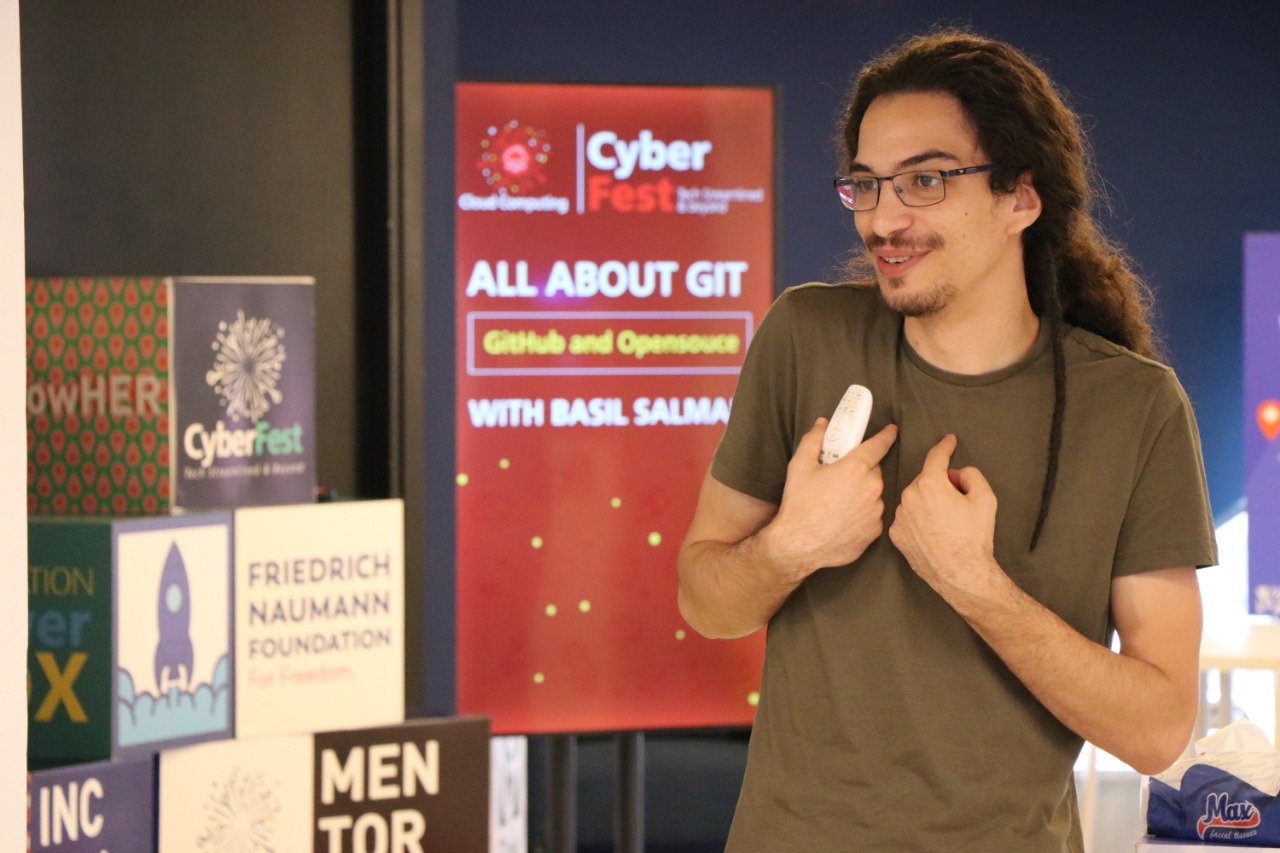 On the 24th of June, we kicked off the second bootcamp of the CyberFest Program under Cloud Computing.
Alaaddin Ahmed gave a brief introduction to the cloud and cloud computing to kick off the day. Basil Salman then launched his crash course on Git, GitHub, and open source, which was followed by the first portion of a session on reactor. After that, Alaaddin brought the participants back for a tutorial on launching their apps on Microsoft Azure. Lastly, Raghad Afifi concluded the day with an interactive workshop on Design Thinking to spark their problem defining and solving skills. The second day of the bootcamp included three different workshops. Starting off the Day was Basil Salman, who completed his workshop on Reactor where the participants worked on opensource library for Java and implemented some exercises. Then Esmat Nawahda trained the participants on developing, building, and deploying a simple Node.js app to Google cloud as server less using cloud-build and cloud-run – a practical implementation for the dockers and container. Lastly Sameeh Jubran wrapped up the bootcamp with an on-hand workshop over network drivers and how do they operate from which they took a closer look at the driver code of AWS’s network device and played with it.